A Brood Of Pheasants

This season we have been busy breeding various birds, which has come with a variety of highs and lows. Here on the farm we have few wild game birds, and for many reasons. A lack of good land management, predation and shooting pressure (previous owner) have all played a role in reducing overall numbers. This season we raised a combination of pheasant and partridge poults for release onto the land to try and complement the small number of remaining wild birds. With so many apex predators in this area that is never an easy task and all manner of wily predators have tried to outwit my husbandry skills. It really is a daily task to oversee the whole operation. However, it has given me a wonderful insight into the work of the traditional keeper, and not just for the day to day physicality’s, but also their vast knowledge of land management and animal husbandry which is so inextricably linked to the English country estates that many know and love.


Cock pheasants are hard to miss, their resplendent colouration contrasts starkly with a frosted woodland edge; his distinctive “kok-kok” highlighting his presence. The hen bird on the other hand is equally beautiful, yet her plumage is cryptic, containing all manner of camouflaged buff, sandy-browns that allow her to disappear in the undergrowth. I would hazard a guess that you typically only see one hen to every 10-15 cock birds. In the UK, they were introduced by the Normans around the 11th century, and whilst non-native, it is one bird we appear to have taken under our wing. 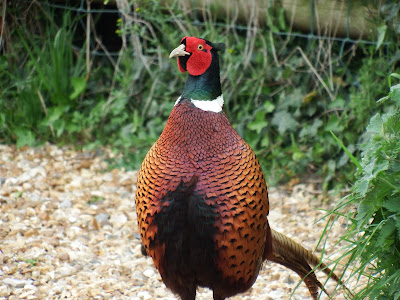 As for our efforts, well for this first year they bode well, but I will need to improve my skills next season to ensure we release enough birds to give our project a fighting chance.


One of the hen pheasants demonstrated good parental skills, and was happy to brood her own clutch, but most of the other hens just laid eggs here and there, on a daily basis - similar to a chicken. These eggs were hatched via an incubator or a broody hen, but I was keen to encourage parent birds to raise their own clutch to try and establish a population that had the necessary skills to do so in the wild. This will be essential for long-term population stability. Well, our particular hen pheasant remained faithful to her task, but just two days before the first egg hatched, a fox attempted a midnight raid. It did not manage to break in because of the double layer fence, but it tore a hole big enough for some of the birds to escape, followed by the same scenario on one of the partridge pens! The broody hen pheasant disappeared along with 3 other birds, but later that day two of the three returned walking the perimeter of the pen, with mother wanting to get back to her clutch of eggs and showing signs of distress. I quickly set up a cage trap that I use to catch vermin and placed it up against the outside of the pen, repaired the damaged fence and within 30 minutes she had walked straight in, catching her without harm and returning her back to the pen quick sharp. 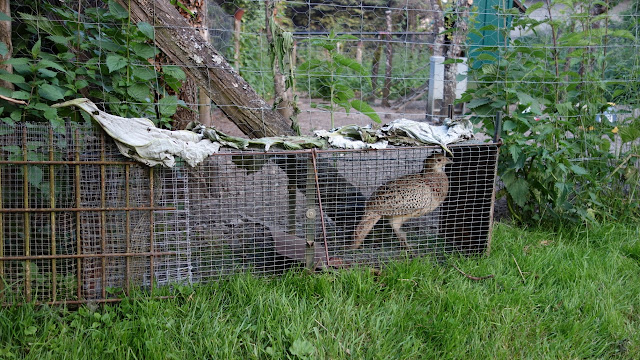 I have taken lots of reference pictures of this hen with her clutch, which I will use later for my artwork, but it was the first chick that hatched which inspired the drawing below.


When you observe any young animal being born, it stirs a deep maternal instinct in both man & women alike. You may want to help protect and nurture, or just enjoy the whole process from a distance, but it’s a powerful emotion that is hard to resist. Once you become involved in any animal rearing project, it’s very rewarding too. It also gives my 3 young sons a responsibility and teaches them sound values for later life.


With the first chick hatching only days after the fox fiasco, I started to sketch this young chick along with the fresh broken egg shell to hopefully capture some of the energy I was grateful to observe. A pheasant egg is absent of distinct markings, yet are painted beautiful rich, creamy olive/green colours, and the outer shell possesses a lovely sheen. It is smaller than a chicken egg, roughly 4-5cm long, and with an average number of 8-12 eggs per clutch, you don't need many parent birds to raise large numbers of poults.


I used pastel for the drawing of the egg to highlight this beautiful colour, which seemed to blend perfectly with the chick in graphite pencil and give the drawing a little more interest. 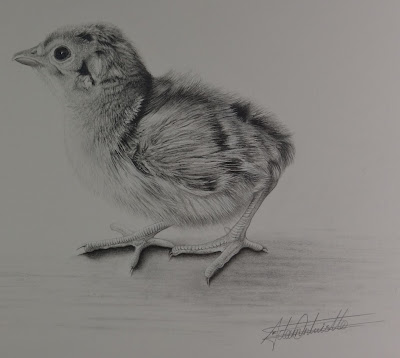 I hope you enjoy the piece and it will be the first of many I'm sure over time. 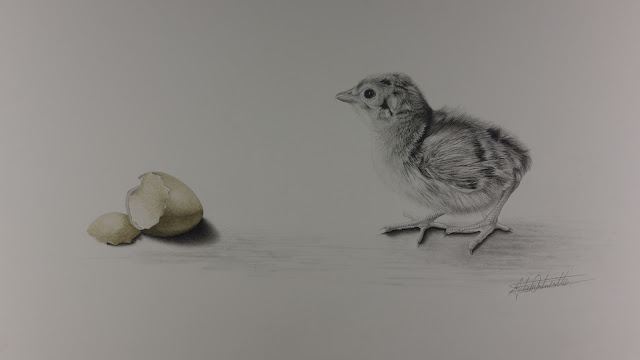